Me TV Alaska
in Television and Radio
CLAIM & MANAGE THIS LISTING CLICK HERE ---> Claim it here!
Be the first to write a review
Write a review Send a message
Overview Photos 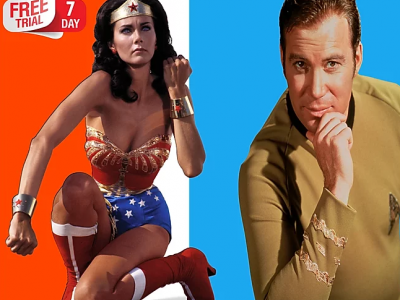 Dan Etulain, Ph.D. has been involved in Alaska television broadcast and production for over 35 years.  He founded KATH-TV in Juneau,  KSCT-TV in Sitka & KACN in Anchorage.  He enjoys chocolate milk and eggnog when available.  It's hard to find Dan without a camera in his hand helping share events that are taking place in his community!

Tim Flynn has been serving Alaskan businesses for over 10 years in providing cost-effective television and print advertising.  He provides excellent customer service and enjoys mocha's at Ak AlChemist!!

Theresa Imlach loves Me-TV and the great shows it has to offer Alaskan families!  She spent her formative years in Hollywood refining her skills in editing and production.  She received her bachelors in Film & Television from Loyola Marymount University.  She enjoys helping local businesses grow through the gift of the media. She calls the Mat-Su Valley home with her husband, two daughters, and son.

MeTV (an acronym for Memorable Entertainment Television) is an American broadcast television network that is owned by Weigel Broadcasting. Marketed as "The Definitive Destination for Classic TV", the network airs a variety of classic television programs from the 1950s through the early 1990s, which are obtained primarily from the libraries of CBS Television Distribution and 20th Television. Through its ownership by Weigel, MeTV is sister to four other networks that source their programming content from the network's distributors: rerun-focused networks Heroes & Icons and Decades (the latter operated as a joint venture with CBS Television Stations), the film-focused Movies! (a joint venture with Fox Television Stations) and the drama-focused Start TV.

MeTV is carried on digital subchannels of affiliated television stations in most markets; however, some MeTV-affiliated stations carry the network as a primary affiliation on their main channel, and a small number of stations air select programs from the network alongside their regular general entertainment schedules, with a few carrying the network in high definition. The network is also available nationwide on free-to- air C band satellite via SES-1 in the DVB-S format,[4] and in some markets on AT&T U-verse channels 136 (in standard definition) and 1136 (in high definition), and cable television through cable TV providers.[5] MeTV's operations are located in Weigel Broadcasting's corporate headquarters on North Halsted Street in Chicago, Illinois.

Shows currently broadcast on this channel include M*A*S*H, The Andy Griffith Show, Perry Mason, Gunsmoke, Hogan's Heroes, The Flintstones, and others.